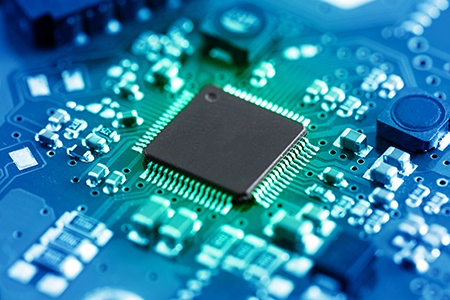 The three must-have characteristics of a semiconductor startup

Chip startups can be very attractive to entrepreneurs and investors. Once off the ground, they scale revenues rapidly and build very defensible products. And despite conventional wisdom to the contrary they can be quite capital efficient: they have low sales and marketing costs as their customers are the ones that spend the real go-to-market money, and need relatively few engineers due to the leverage a great chip engineer gets from tools and IP.

That said, they take a long time to get to revenues. A complex product needs to be built, and then it has to be designed-in by a customer who needs to build and sell the end product. This process can easily take two years and a fair bit of money, a long time to survive without revenues and quite a distant horizon to gauge demand correctly. This lag places a massive premium on the team’s ability to judge the appropriate level of innovation, forecast future customer needs, and fundraise in the absence of proof.

A freshly founded semiconductor company will be competing with products two years in the future. Which means the entrepreneur needs to forecast competition, and shoot to be significantly better, while still defining a buildable product.

Many companies undershoot by underestimating their competitors’ ability to innovate. As a recent example, Nvidia’s new data center GPU, the A100, is meaningfully more performant than the forecasts of many ML chip startup pitches we saw over the last two years, which typically compared themselves to the older Nvidia V100 and Google’s TPU3 and insufficiently anticipated incumbents’ performance increases. No one will design-in a startup’s parity product — there is too much supply chain, financial, and “M&A by a competitor” risk for a rational customer to work with one in the absence of clear technical superiority.

On the other side of the coin, quite a few chip startups — ones with university lab roots are most susceptible — scope a product with amazing performance that requires several successive breakthroughs to come to market. Sure, the specs are impressive, but a product that is years late, or can’t be built at cost or yield, is irrelevant.

Getting this right is especially difficult in a hot space (e.g., ML, Lidar), as readily achievable innovations will be incorporated by a number of aggressive players (e.g. taking advantage of sparsity or quantization in an ML chip). A startup in a hot area either depends on a rare truly proprietary breakthrough or leverages an innovation that everyone else perceives to be too hard. A good example, we hope, is LightMatter, a current investment of ours building an ML chip using silicon photonics — an area far more mature than is generally perceived.

2. Ability to understand customer needs in the future

Predicting future customer needs is particularly challenging for a chip startup as customers won’t get to test the product for a while. Pre-product feedback is tough: many customers have proven to be either unwilling to give it (e.g. cell phone companies who consider future phone features to be highly proprietary) or have a signal-free policy of encouraging all possible suppliers in order to assure themselves of choice down the line.

The problem is exacerbated once again for startups with an academic background, who are on one hand the most innovative and on the other the least connected to customers. The Field of Dreams “if you build it they will come” approach to chip development has a poor history — just look at the multitude of companies attempting to bring ARM-based processors into the data center over the years — at least until now when Amazon has the scale to build their own with Graviton and Intel has slowed down as Moore’s Law has run its course.

3. Exceptional ability to fundraise without proof

Chip companies have to convince investors to bet on a future product, in a future market, often with limited customer feedback. And for two years — which typically include a B round — investors get little additional data.

This is where the perception of chip startups being capital intensive comes from. This conventional wisdom does ring hollow in the face of software companies raising multiple $100Ms to spend on sales and marketing today (our last two chip investments to exit, Acacia and Ambarella, each raised $50M or less and spent $30M or less to get to a highly valued IPO) but the hard part is the multiple $10Ms that need to be raised and spent pre-revenue.

The team can not rely on spreadsheet evidence to raise that money. It has to be able to articulate the technology and vision with the required passion and charisma to get it done, focusing on the subset of investors that understand chip tradeoffs and are willing to consider a bet.

If the team proves mediocre at the task, it will fail even if their technology and market savvy is terrific. If it’s outstanding, it’ll get to build a great company. And if on top of that the team finds itself in a hot market, it can raise sufficient funds to attempt a super ambitiously scoped project as companies like Graphcore and Cerebras are currently trying to do in the ML chip arena.

Investing in FeaturePeek
Ilya Sukhar
May 13, 2020

DuckDB and the next frontier of OLAP databases
Kojo Osei
June 16, 2022